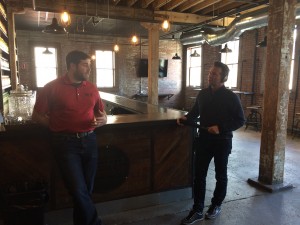 As I note in my new book, “Barrel Strength Bourbon: The Explosive Growth of America’s Whiskey,” over the past few years Louisville has began reclaiming its place in Kentucky’s bourbon history in a big way, with the addition of several distilleries, bourbon-themed attractions, and new bars and restaurants. You no longer have to travel out in the state to see bourbon being made.

Steve visited Copper & Kings and Kentucky Peerless, where I joined him in sampling some 2-year-old rye whiskey. Take a listen!