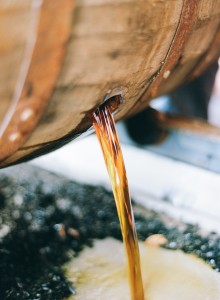 The industry increased its economic output by $1 billion just over the past two years, according to a new study released today. That means that Kentucky bourbon now adds $8.5 billion each year to the state’s economy. Bourbon also generates as many as 17,500 good-paying jobs (including 2,000 new ones since 2014), provides $825 million in tax revenue, and is in the middle of a $1.2 billion building boom.

These new findings of a biennial study conducted by the University of Louisville’s Urban Studies Institute in conjunction with the Kentucky Distillers’ Association were unveiled by the governor at a news conference in Frankfort today. The KDA provided me with the full report as well. (You can read it here.)

If the industry continues to grow at this rate, the report says, economic output should exceed $10 billion by 2020, with employment at more than 20,000, payroll over $1 billion and state tax revenue of $200 million.

But will the industry continue to grow? I tackle that very topic in my new book, “Barrel Strength Bourbon: The Explosive Growth of America’s Whiskey,” which will be published this spring by Clerisy Press. You can order an advance copy at Amazon.